NPS Surveys: Stop asking “What” and start asking “Why”


Historically, analysing text data has been notoriously difficult, but today we have access to a whole range of techniques, algorithms, and technologies that make it automated, more accurate, less biased, and extremely fast. We can afford to aim for long, descriptive answers to customer feedback nowadays. Not just aim for, but actively seek it. The payoff is huge, and companies live or die by understanding their customers.

Our next post is on text analytics methods, which will go further into explaining the technologies behind them. Check it out here.

Using NPS in your organization? Check out our guide to boosting your NPS strategy and getting you ahead of your competition 👇 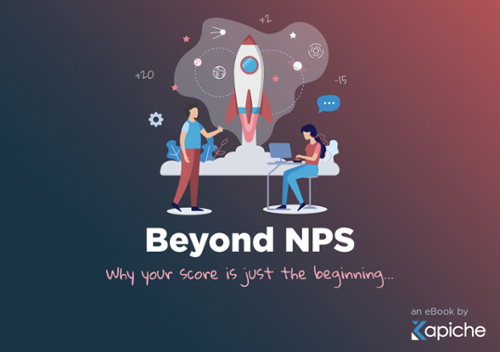 Subscribe to the Kapiche blog for the latest news, product updates & events

How to measure the ROI of your Customer Insights program

The myth of NPS as a lagging indicator

Net Promoter Score is a contentious measurement for CX teams. NPS can be thought of as a rear-view mirror metric, only giving insight into past

The Fallacy of an All-in-One Customer Experience Platform

Customer experience is ever-evolving. New tools come out every day that promises to make both our lives and the lives of our customers easier. New

How do you know what is a good nps score?

Picture this: you go to the doctor every year, and every single year the doctor tells you that there’s something wrong. Your blood pressure is too

Be the data hero you always knew you were.